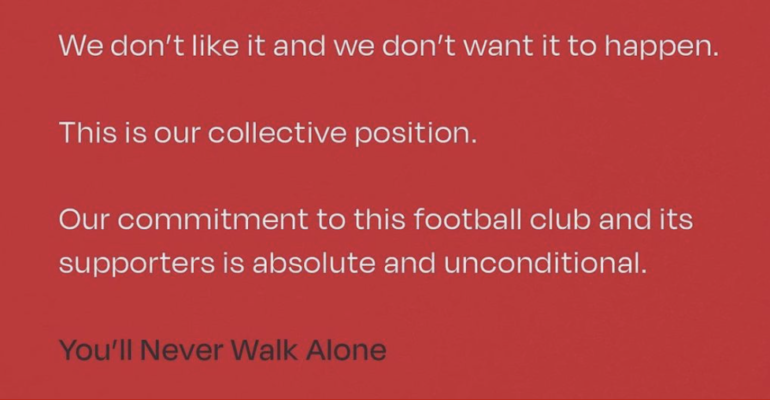 Much has been said about the failure to launch the Super League, with many referring to the owners being rich autocrats out of touch with the common football fan.

I agree with that reading, but I think there is something more at play: over the past few years, the big clubs have shifted their revenue model from generating income from ticket sales towards television rights and merchandise.

The top teams no longer depend on the local fans coming to the stadium, but on the international ones watching online. And that now shows up in the decision making – the strategy is where the revenue is: with the new fans (and bookies) all across the world.

SPARK OF THE DAY

Growth is good but don’t let it get in the way of the foundations on which you build your company. Remember Apple who had to hire Steve Jobs back in 1997 or Starbucks who had to do the same with Howard Schultz in 2008.

So stay true to your original vision, and you can hardly go wrong!

“Feel the fear but do it anyway”

Just a random tweet in my timeline, but I keep getting back to it